The final type of EQ I want to define is the Outboard Equalizer. In the same way that I have singled out a Console EQ or a Mastering EQ, the Outboard Equalizer can have many overlapping qualities shared with other EQ’s. Most modern Equalizers would be considered Outboard EQ’s. It has a technical meaning but also an assumed meaning in purpose. The Outboard EQ is simply a hardware device that is not hardwired into the rest of an integrated system. It is designed to offer its sound capability whenever the user wishes to implement it, and it is intended to be left out of the signal chain until it is needed, so the Outboard EQ is designed to sit in an outboard rack awaiting its use. The Outboard EQ is designed to provide use beyond what is typical of the average in-line EQ or Console EQ, and each Outboard EQ brings its own qualities and characteristics. Some Outboard EQ’s are designed to fill a specific gap that is not covered elsewhere. This can be an economic gap, where the user needs something that sounds nicer than their low-to-mid line Console, but is still more cost effective than a $6000 Mastering EQ, and others might consider that Mastering EQ the perfect choice as an Outboard EQ. Other Outboard EQ’s might be a graphic Equalizer, designed to control specific set Frequencies without further adjustment options. Other designs could even be Console EQ’s from consoles that are different than the one installed in the studio. For instance, a person may have stereo pairs of Outboard EQ’s specially racked that give them 1960’s German Equalizers that come from a German console, while their studio uses a British in-line Console. They can patch the Outboard EQ to get a different musical flavor from a Console that would be too costly to install the entire hardware. Other Outboard EQ’s include items like Mastering EQ’s and Program Equalizers already designed. It is equally notable that some of these EQ’s actually started as a prototype for use as a recording or mixing console and gradually became more beneficial as separate EQ devices. So, their very existence helped to define this new EQ category.

An Outboard EQ can help a studio diversify its offerings to clients, and it can raise a studio’s profile when displaying its “equipment list.” Some Outboard EQ’s become popular for their qualities for vocals, and others may act as special filter devices for guitars and bass. The possibilities are endless for the Outboard EQ, and the bottom line tends to be quality, flexibility, and offering something that is either different from the installed Console, or that offers something unusual that the user would not need multiple channels of. The Outboard EQ offers the small studio and independent producer access to excellent devices that they could not afford in larger quantity, and offers flexibility to the larger format studio.

Formats like the API 500 Series provides a perfect scenario for this type of add-on adaptability, where a single power supply range can be used to swap out modules of various devices. This was originally developed to provide the user of an API Console the ability to add a variety of API devices to patch into their API Console. This could act as a sidecar, or it could be a portable version of their favorite API channels. The usefulness of this power supply was slowly recognized by other 3rd party manufacturers, and by formatting their own independent designs to the power supply requirements and card size, they could supply their EQ’s to studios using this outboard power source. Since they can be swapped out, this becomes cost effective and provides a great amount of flexibility to the user, and further widens the expanse of external analog hardware choices.

The following is a list of EQ’s that CDSoundMaster has created which are excellent for use as Outboard EQ’s. 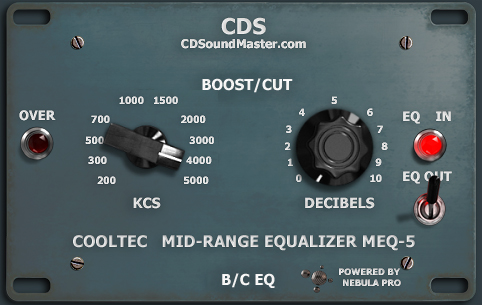 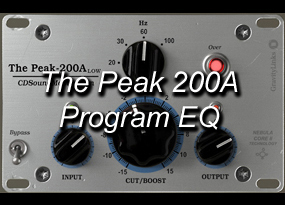 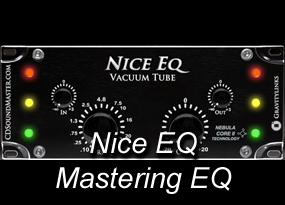